Getty Images:The argument for killing the health and dental benefit exemption is that it does not treat all remuneration equally. The debate about the taxation of health and dental benefits has, to this point, been an academic argument about fairness and tax efficiency.But it’s about to get intensely political, as Canada’s doctors and dentists tell voters exactly how much the move to tax plans that cover prescription drugs, dental and vision care might cost them.The very public lobbying campaign aimed at persuading the government to drop any plans it may have to tax health care not provided under provincial systems will kick into high gear when the House of Commons resumes next week.The Canadian Dental Association reports that 50,000 protest emails have already been sent to local MPs and Bill Morneau, the finance minister, through its www.donttaxmyhealthbenefits.ca online petition.Key to the success of those efforts will be soon-to-be released research from the Conference Board that suggests middle-income earners across 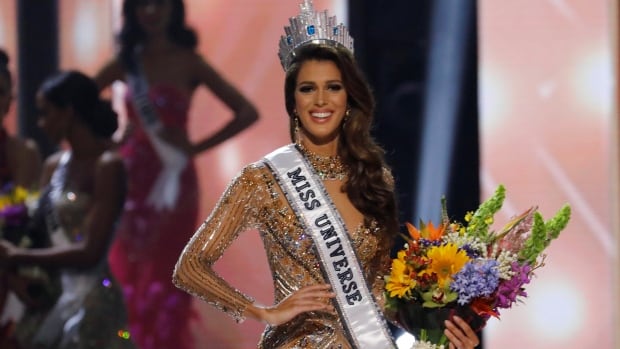 Miss France Iris Mittenaere poses after being declared winner in the 65th Miss Universe beauty pageant at the Mall of Asia Arena on Sunday near Manila, Philippines. (Erik De Castro/Reuters)         A 23-year-old dental student from France won the Miss Universe crown Monday in the annual pageant held this year in the Philippines.Iris Mittenaere from the small town of Lille in northern France said in reply to a final question from pageant host Steve Harvey that she would be honoured if she just landed among the three finalists, but was visibly stunned when she was announced the winner among the field of 86 contestants.Mittenaere was speechless and put her hands on her face as the outgoing winner from the Philippines, Pia Wurtzbach, crowned her as the crowd erupted in cheers and applause at the packed Mall of Asia Arena by Manila Bay. In her profile, she said she would "advocate for dental and oral hygiene" if she takes home the crown.In the final question to the top three finalists,

Guest Author Lori Roniger, DrBicuspid.com associate editorJanuary 27, 2017 -- The rate of caries in primary teeth and extractions due to caries were significantly lower in a school that banned sugary drinks compared with similar neighboring schools without this policy, according to a study in the Journal of Paediatrics and Child Health (January 10, 2017).After a school in New Zealand enacted a policy that banned sugary drinks and encouraged children to bring healthy lunches, the principal reported vast improvements in health, behavior, and absentee rates of the children."School nutrition policies, particularly those that seek to restrict sugar intake, can have marked positive effects on the oral health of students, and are likely to reduce healthcare costs associated with the treatment of dental caries," concluded the study authors, who are all based in Auckland, New Zealand.The lead author was Simon Thornley, MBChB, PhD, MPH, an epidemiologist at the Auckland Regional Public Health Service and a public health physician at the Counties Manukau District Health Board.Does good nutrition begin at school?In recent decades, government regulations have enforced and then repealed guidelines related to nutrition in schools in New Zealand, and uncertainty remains about the value of school nutrition policies, the authors wrote.

.…Technology now exists to provide cheaper and higher-quality health care, but giant roadblocks stand in the way.That technology is artificial intelligence and machine learning. The algorithms behind AI are painfully complex, but the final product is simple—think Google Translate or Amazon’s Alexa. Saying a phrase and immediately having it translated is cool. Being told that your week of bad sleep and slight stomach pains could be cancer is life-altering.Machine learning is already invading health care. Experts at Kaggle, an artificial-intelligence research firm, shared a few real-world applications of the technology with me: Predicting heart failure by looking at massive amounts of MRI scans, diagnosing diabetic retinopathy from eye imaging, and successfully predicting seizures with a machine analyzing electroencephalogram data.The key is data. With more of it, accuracy gets better over time.
Read more